IN LESS THAN A DECADE, genetically engineered crops have taken over more than half of U.S. corn and soybean acreage, despite growing experimental evidence that the underlying scientific premise of this new technology is seriously in doubt. Agricultural biotechnology is based on the expectation that a DNA gene, artificially transferred into a plant in which it does not naturally occur, will nevertheless faithfully replicate and produce its usual genetic trait. This expectation derives from Watson and Crick’s 50-year old theory that a gene’s DNA alone governs inheritance and will therefore do so equally well in any living thing. But in the commercial production of such transgenic plants, more than 99% must be discarded because they bear “unintended and unexpected” and generally undesirable genetic traits.

Yet, despite a mounting array of such discordant experimental results, the outmoded Watson-Crick theory is still taught in schools and colleges, and agricultural biotechnology continues to impose on an unsuspecting public this massive uncontrolled, dangerously unpredictable experiment.

The CornerStone Campaign has initiated projects that are critically examining the relevant scientific evidence. These initiatives are designed to develop a new, more sound analysis of the roles of the living cell’s molecular constituents in the biology of inheritance. CSC will disseminate this knowledge to those who need to understand it: students, teachers, activists, the general public, news media and policy makers. 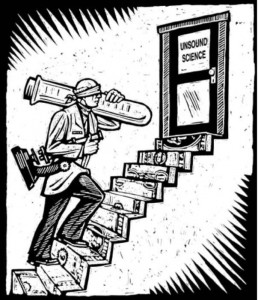 “Agricultural biotechnology continues to impose genetically engineered food on an unsuspecting public, despite a mounting array of evidence that it is based in unsound science. This amounts to nothing less than a massive uncontrolled, dangerously unpredictable experiment on the American public.”

Dr. Barry Commoner – Center for the Biology of Natural Systems